Since the ASEAN Economic Community (AEC) was activated in 2015, eight subdistricts of Mae Sot district in Tak province, Thailand have been regarded as special economic development zones (SEZ) due to their situation on the border of Thailand near the pathway of the East-West Economic Corridor project (EWEC). Thus, the Thai Government is developing many infrastructure projects there, and the urban areas are likely to expand, as the population is increasing dramatically. The study of land use could aid in more efficient decision-making in urban planning, and could mitigate the effects of uncontrolled urban development. Based on this background, land use change monitoring was performed based on Remote Sensing and Geographic Information System (GIS) using high-resolution satellite images. The images were captured by QuickBird in 2006, and by Thaichote in 2011 and 2016. The object-based classification considers not only the reflectance of the pixels but also the size, shape, color, smoothness, and compactness of the objects. This technique will bring higher accuracy to land use classification. The eCognition Developer was employed in this study for object-based classification. The mean and standard deviation of the original band was used for principle component analysis (PCA), and the normalized difference vegetation index (NDVI) was also applied to land use classification. The types of land use were divided into five categories that followed the definitions given by the Land Development Department of Thailand (LDD): agricultural area, forest, urban area, water body, and miscellaneous land. The results of land use classification showed that urban areas increased drastically year by year. The GIS dataset for land use compiled by the LDD was employed to evaluate the accuracy of our results. The overall accuracies based on the images captured in 2006 and 2011 were 86.00% and 79.88%, respectively. To evaluate urban growth in 2015, the states of land use in 2006 and 2011 were applied to a Markov Chain and Cellular Automata model (CA-Markov), which is a model for the prediction of land use change from one period to another. The Markov model evaluates the transition probability matrix to project future change, while CA-Markov performs the spatial variations in cell time transition and neighborhood based on its element cell space, cell states, time steps, transition rules, and neighbors. The accuracy of the land use prediction obtained from CA-Markov in 2016 was evaluated by comparing it with land use classification from the object-based classification of the image captured by Thaichote in 2016. The overall accuracy was 68.45%. The pattern of land use change detected from both the projection map and the classification map showed that the urban area would spread following the development of transportation infrastructure, and would encroach on the agricultural areas, while forest areas would become agricultural areas. 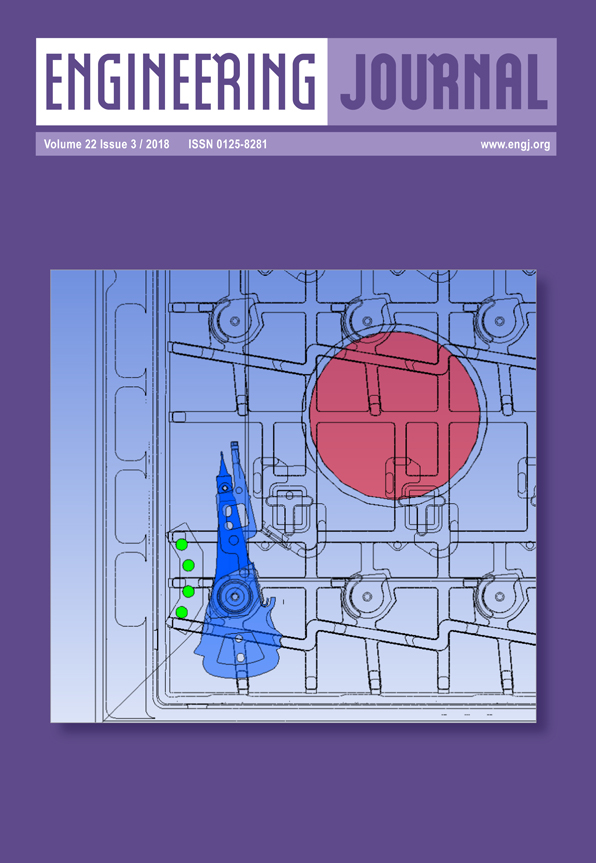 Authors who publish with Engineering Journal agree to transfer all copyright rights in and to the above work to the Engineering Journal (EJ)'s Editorial Board so that EJ's Editorial Board shall have the right to publish the work for nonprofit use in any media or form. In return, authors retain: (1) all proprietary rights other than copyright; (2) re-use of all or part of the above paper in their other work; (3) right to reproduce or authorize others to reproduce the above paper for authors' personal use or for company use if the source and EJ's copyright notice is indicated, and if the reproduction is not made for the purpose of sale.